After 50 years, Hare Krishnas are no longer white hippies who proselytize in airports 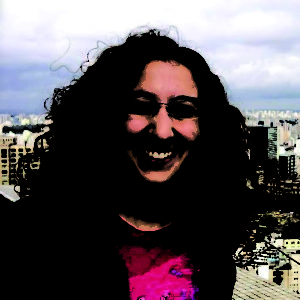 Julie Zauzmer is a religion reporter.
| The Washington Post

MOUNDSVILLE, W.Va. – The Ramkumar family piled into their van early Saturday morning and drove five hours west from their home in the Washington suburbs into the American heartland.

They passed cows and horses, church after church, Trump-Pence yard signs. And then they arrived at the Palace of Gold.

They parked, took off their shoes and entered the temple. They lowered themselves all the way to the ground, foreheads touching the floor in obeisance. Then they took their seats and began to chant: “Hare Krishna, Hare Krishna.”

The Palace of Gold — ornate, lavish and completely unexpected on this remote hilltop — was built by early devotees who taught themselves to cut marble and stained glass in order to pay homage to the traditions of India.

Back then, members of the Hare Krishna faith — more formally known as ISKCON or the International Society of Krishna Consciousness — were mostly young, white hippies drawn to a new version of counterculture spirituality. They gave up their jobs and their homes and then gave up alcohol and drugs and extramarital sex. They went to live in remote communes and proselytized to strangers in airports.

Today on the 50th anniversary of this homegrown religion, something remarkable has happened. After waves of migration to the United States from India over the past two decades, the vast majority of Hare Krishna’s believers in America are no longer white Americans. They’re Indian immigrants like the Ramkumars, who hold down regular jobs and drive to temples to worship, rather than live in communes.

With its roots in centuries-old Hindu beliefs, the religion invented in 1966 by A.C. Bhaktivedanta Swami Prabhupada reminded Ramkumar Manoharan and his wife, Jeyasree Jeyabalan, of the complex faith of their childhoods.

Once a hippie movement, Hare Krishna is embraced by Indian immigrants
“We used to worship different forms of God, all the forms of God. … We were like a supermarket of gods,” said Manoharan, an IT contractor for the Department of Homeland Security .

Not long after Manoharan and Jeyabalan moved to the United States in the late 1990s, they were told by a relative about a palace in West Virginia built in the style of an Indian shrine. So they decided to take a sightseeing trip.

“And right in this place,” Manoharan says, pointing at the ground in the West Virginia temple, he picked up his first copy of one of Prabhupada’s many books. Now, standing in the same spot years later, he points out the book that changed his life to his 10-year-old daughter Hamsika.

He came to believe what the book said, he tells Hamsika — that there was only one God, Krishna, and that he should worship only the deities who are forms of Krishna.

After that trip, Manoharan and Jeyabalan started chanting the Hare Krishna mantra at home. Now, they spend two hours every day repeating the three-word chant, praising Krishna over and over again. Hamsika makes an offering on the family altar each morning before skipping off to elementary school, and her 16-year-old sister, Sunethra, chants the Krishna mantra as a break from her SAT prep.

Burke Rochford, a Middlebury College professor who has studied the Hare Krishna movement since 1975, said that like the Ramkumars, many of today’s Hare Krishna believers started out looking for Hindu temples like those they left behind in India. They soon discovered that Hare Krishna temples and centers were often easier to find in American cities, Rochford said.

As Hare Krishna’s following has grown more mainstream, its profile on the American faith landscape has faded.

In the 1960s and ’70s, Hare Krishnas were a fixture in popular culture. George Harrison sang their mantra in his 1970 hit “My Sweet Lord,” and the mantra resounded on Broadway in the musical “Hair.” Hare Krishnas showed up in their orange robes and mostly-shaven heads as recurring characters in the 1980 comedy “Airplane!” — and in almost every traveler’s experiences in real-life airports too.

Although the berobed men in the airports drummed up donations, the attention on the religion was largely negative. The communes where devotees gave all their earnings to the temple and raised their children communally were viewed as cults. Then far darker news came out — ISKCON publicly confessed in 1998 to egregious physical and sexual abuse at the boarding schools where Hare Krishna parents often left their children while they traveled to solicit donations and souls for the movement.

Nowhere are ISKCON’s darkest moments better known than at New Vrindaban, the West Virginia spot where devotees originally set out to build a house for their revered founder, then turned the edifice into a palace dedicated to his memory when he died while it was still under construction.

Kirtanananda Swami, the leader of New Vrindaban’s 400-member commune, inspired extreme devotion in his followers — even when he was arrested and sent to prison on mail fraud and racketeering charges in connection with the murders of two followers who disobeyed him. The New Vrindaban community, which was once supposed to house the founder of the faith, was kicked out of ISKCON entirely.

Today, five years since Kirtanananda’s death, New Vrindaban is back in the fold. In fact, ISKCON showcases the spectacular Palace of Gold in its worldwide marketing material. Although 150 followers are living communally here, the West Virginia attraction serves primarily as a beacon for thousands of Hare Krishna families on pilgrimages, like the Ramkumars, who typically make the drive from their Chantilly home a few times a year.

Tourism from those outside the faith is picking up again, too.

There’s even talk at New Vrindaban about adding a yoga center on the luscious grounds, where cows and peacocks roam free.

They may not be in airports anymore — many airports banned them, and ISKCON lost a Supreme Court case claiming a constitutional right to proselytize in the terminals — but the Hare Krishnas still believe in spreading the word about their faith far and wide. Manoharan has traveled with fellow members of the ISKCON temple in Potomac, Md., to distribute literature in cities including Baltimore, Philadelphia and Harrisburg, Pa.

The religion has found another route to recruitment in the country’s current fascination with Eastern spiritual practices. After all, Hare Krishnas were doing yoga long before every mom in America was wearing yoga pants. And meditation is at the core of their faith. The Hare Krishna mantra consists of three words praising Krishna that are repeated over and over in a precise pattern to clear the mind.

Hare Krishnas have booths at events such as Adams Morgan Day and the D.C. VegFest event for vegans — anywhere passersby might be interested in stopping by for a meditation workshop.

Urukrama Das, a Hare Krishna devotee who was visiting the West Virginia temple the same weekend as the Ramkumar family, marvels at how mainstream culture seems to be moving closer to Hare Krishna culture in the years since he joined the faith in 1995.

A native of Estonia, Das was a full-time religious worker in Denver and then in Kansas City.

“Now, if you want to join and be full time in the temple, they look at you like, ‘Do you really want to do that? Finish your education first,’ ” Das said. “Back then, the attitude was, ‘Drop everything and come on in.’ ”

At age 30, he took his first job outside the faith. He now drives a delivery truck for United Parcel Service in Columbus, Ohio.

He spotted a poster in the UPS break room recently, advising employees about tips for healthy living. Get enough sleep and eat your vegetables, the poster said. And for stress relief, try meditation.

“What the hell is meditation?” a fellow UPS driver grumbled upon seeing the sign. Another driver pointed to Das: “Ask him.”

It was the perfect opening. Das found himself explaining his spiritual practice to his colleagues.

Sitting in the temple at New Vrindaban, he looked around at his fellow devotees. They all get it — they had come to this place this weekend to chant all day long Saturday. Under a stained-glass skylight, they sang the mantra to an ever-changing tune, taking breaks from their ecstatic worship to humbly offer food and candles to the deities sparkling on their altars.

“This is an age of the mind,” Das said. “Wow! Right there in the UPS hallway. Even UPS is preaching our way.”