India’s Act East Policy : From ASEAN to the Pacific 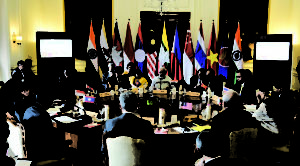 The Prime Minister, Shri Narendra Modi in a retreat meeting with the ASEAN Heads of State/Governments, at Rashtrapati Bhavan, in New Delhi on January 25, 2018.

“ASEAN (Association of South East Nations) and India have the vigour and enthusiasm of their youth and wisdom, and understanding of their ancient civilisations. Rapidly developing India and ASEAN can be great partners for each other. We are both keen to enhance our cooperation in advancing balance, peace and stability in the region.” These words by Indian Prime Minister Narendra Modi, as he enunciated India’s Act East Policy at the East Asia summit in Myanmar, only reiterated India’s intent of not being reluctant or shying away from the international stage, but instead showcased how India was willing to play a larger strategic role as a responsible stakeholder.

The Act East policy not only seeks to revive and reinvigorate India’s relations with ASEAN but expand the country’s engagement beyond the region to encompass the Koreas in the North to Australia and New Zealand in the South, and from neighboring Bangladesh to Fiji and Pacific Island countries in the Far East. During Bangladesh President Abdul Hamid’s visit to India in December 2014, the first after a gap of 40 years, PM Modi said that India’s Act East Policy would begin from Bangladesh.

India’s relations with the countries under the purview of its Act East Policy (AEP) have broadened to encompass security, strategic, political and counter-terrorism realms, as well as defence collaboration. This is in addition to furthering economic ties, which was the primary focus of the Look East Policy (LEP). Collaboration to curb terrorism has become a priority, especially considering the rising strength and influence of the Islamic State and other terrorist organizations.

There are several key strategic players in India’s AEP with ASEAN remaining at its heart. For instance, Myanmar, contiguous to India’s Northeast region, shares a land boundary of 1,700 km with four Indian states including Manipur, Mizoram, Nagaland and Arunachal Pradesh. There are several major infrastructure projects such as the India – Myanmar – Thailand Trilateral Highway which can prove to be a game changer to connect India’s northeast with the ASEAN region. Projects such as the Trans – Asian railway project and the Kaladan Multimodal Transport Project – which seeks to connect Kolkata with Sittwe port in Myanmar, going farther to Lashio via Kaladan River and to Mizoram in India by road – are seen as potential opportunities to upgrade India’s ties with ASEAN countries.

Thailand is another country which occupies a strategic place in India’s Act East Policy. In addition to the ancient and historical cultural, maritime, business, religious and linguistic ties between the two countries, the large Indian diaspora which has settled in Thailand since the end of the 19th century presents a unique opportunity to nurture a rapidly expanding mutual relationship.

Singapore is the first ASEAN nation to establish a Comprehensive Economic Partnership Agreement (CEPA) with India. Among the ASEAN, the second largest trading partner is Indonesia. Vietnam stands as a significant trade, strategic and defence partner of India. ONGC Videsh Limited (OVL) entered into an agreement with Vietnam regarding oil blocks 127 and 128 off the Paracel Islands, which fall within the exclusive economic zone of Vietnam.

ASEAN collectively constitutes the seventh-largest economy in the world and is home to nearly 230 of the world’s largest companies. As articulated by India, connectivity forms an indispensable element of the three Cs of ”culture, commerce and connectivity” of its AEP. 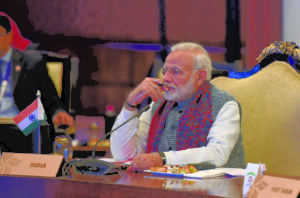 The Prime Minister, Shri Narendra Modi at the Plenary Session of ASEAN-India Commemorative Summit, in New Delhi on January 25, 2018.

Mongolia is another country with which the current Indian government is working to strengthen economic relations. With South Korea, discussions on upgrading the bilateral FTA in goods to a balanced and equitable Comprehensive Economic Partnership Agreement have been initiated.

The importance which India attaches to ASEAN nations is discernible with the extensive high level visits to all of these nations by the Indian President, Vice President and the Indian Prime Minister. Indian officials have consistently emphasized freedom of navigation, peaceful resolution of disputes and importance of international law in the ASEAN region.

India’s decision to upgrade its Look East Policy to AEP is a reflection of the longer-term economic and strategic benefits of closer relations with the Indo-Pacific. In this vein, the present Indian Government has devoted considerable diplomatic energy to strengthening relations with key East and Southeast Asian partners, with particular emphasis on Japan, Australia, and vitally with the US.

Japan is the other nation in India’s ‘east’ with which it is working to build stronger relations. Japan was PM Modi’s first overseas bilateral visit outside the subcontinent. The visit resulted in Japan’s commitment to invest $35 billion in India over the next five years, including investments in some flagship initiatives such as smart cities, Delhi-Mumbai Industrial Corridor and the Shinkansen bullet train between Mumbai and Ahmedabad. All these initiatives witnessed a pronounced push during the reciprocal visit by Japanese PM Shinzo Abe to India in December 2015.

Another key strategic partner for India in its AEP purview in the Indo- Pacific region is Australia. India has signed the historic civil nuclear agreement, an agreement which will prove to be immensely beneficial as India seeks to enhance its energy generation from nuclear reactors from the current 5,000 MW to 62,000 MW by 2032. PM Modi’s bilateral visit to Australia, following his participation in the Group of Twenty (G-20) Meeting in Brisbane in November 2014, was the first by an Indian Prime Minister in 28 years.

India’s AEP received a renewed push with the visit of past US president Barack Obama to India, and this is how the India – US joint statement, “Shared Effort: Progress for All”, read: “Noting that India’s Act East Policy and US’ Rebalance to Asia provide opportunities for India and the US and other Asia Pacific countries to work closely to strengthen ties.” True to this, the leaders announced a joint strategic vision to guide their engagement in the region. It will however be noteworthy to see how best the Trump administration takes this vision forward in the region.

These significant developments show how much India is doing to fulfill the imperative of ‘acting east’. Although there is more to be done in concretizing the policy, India has moved beyond the norm of limited engagement and given its relations with ASEAN countries and other partners in the Indo-Pacific region, enough scope by furthering vital economic and strategic dimensions of its AEP. By acting east and prioritizing its deeper engagement with the region, India will seek to fulfill its broader strategic objectives of balancing against China’s increasing presence in the Indian Ocean and carve out a prominent role. 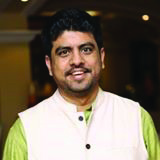