ASEAN And India: The China Factor 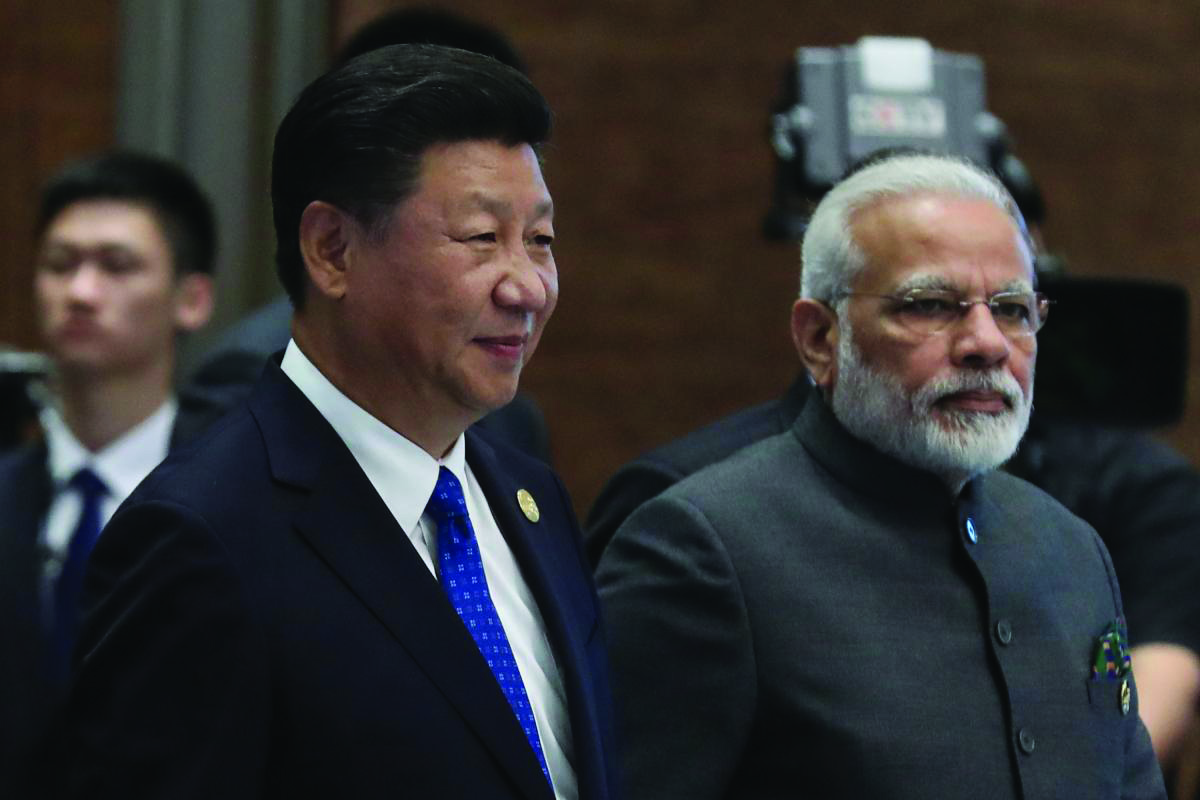 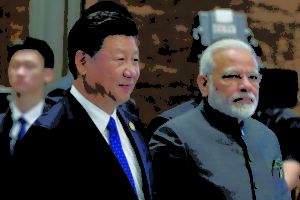 ASEAN celebrated 50 years of its existence and 25 years of the ASEAN-India Dialogue Partnership in 2017. To provide a fillip to India’s ‘Act East’ policy, Prime Minister Narendra Modi’s government decided to use the occasion of India’s 69th Republic Day celebrations on 26 January 2018 to invite heads of state and government of the ten ASEAN countries as chief guests. A commemorative summit on January 25, with all 10 leaders present, is intended to mark the 25th anniversary of the partnership.

This landmark event could be viewed as a reactionary measure fuelled by China’s aggressive pursuit of its global ambitions by changing the status quo from the South China Sea to the eastern coast of Africa and beyond. These perspectives are not wide off the mark since China has made a deep foray into India’s close neighbourhood. It is slowly chipping away at India’s influence in Sri Lanka and the Maldives with debilitating soft loans and investments.

Recent developments in both nations have put India’s security and foreign policy establishment into a quagmire. The idea of other countries like Nepal and probably even Bhutan joining the concept of Pax Sinica should ring alarm bells for India’s foreign policymakers.

When India initiated its ‘Look East’ policy in 1991 and opened up its economy, it was supposed to be an automated path where India and ASEAN countries, 25 years down the line, were deeply integrated through economic, social, cultural and political associations. The reality today is that India is not even close to the trade figures China has with the Association of South East Asian Nations (ASEAN).

India’s latest trade figures with ASEAN are around US$ 80 billion. China’s trading figures with ASEAN has crossed US$ 450 billion and expected to touch US$ 1 trillion by 2020. (http://www.asiaone.com/business/china-asean-trade-hit-us1-trillion-2020)

China’s “Belt and Road Initiative” (BRI) is expected to boost the flow of trade between China and ASEAN’s six most prominent economies – Malaysia, Indonesia, the Philippines, Singapore, Thailand and Vietnam – to an investment amount of about US$2.1 trillion by 2030, according to an analysis by HSBC. (https://www.thestar.com.my/business/business-news/2017/05/20/chinas-bri-seen-boosting-trade-with-asean-to-us21-trillion/) The massive gap in trade alone is a dampener for India’s future with ASEAN.

The terminology was changed from ‘Look’ to ‘Act East’ in 2014, but the approach has remained the old principles of shared values, a common destiny, shared prosperity, culture and dwelling on technical jargon of relations becoming ‘strategic’ in nature.

While celebrating 25 years of relations, it is this ‘strategic partnership’ that needs to be given more impetus in ASEAN-India relations. India needs to effectively engage ASEAN to keep the sea lanes of communications open in the South China Sea amidst overlapping territorial claims with China.

ASEAN countries other than Cambodia and Lao PDR are searching for a power to balance China in the region and would be keenly observing how India tackles the overlapping conflicts. If proceedings of the recently held CSCAP (Council for Security Cooperation in Asia-Pacific) meeting in December 2017 are taken into consideration, the prevailing sense among ASEAN delegates has been of apprehension towards China’s intimidating economic tactics. (http://www.ibtimes.sg/india-needs-harmonise-ties-global-power-centres-22907)

Meanwhile, some foreign policy analysts from Southeast Asia have questioned the lack of performance by India, hinting at a subtle resistance to the concept of “Indo-Pacific” as a replacement to the old “Asia-Pacific”. India was also called out on its ‘Act East’ policy looking more like ‘At Ease’ policy. (http://indianexpress.com/article/opinion/columns/asean-cscap-security-look-east-indian-navy-a-strategy-for-the-sea-5013281/)

Counter-terrorism, security and trade will top the agenda during the India-ASEAN summit. The overall concern has always been what India brings to the table for ASEAN countries. In security matters, ASEAN has always followed the policy of centrality or neutrality and mostly refrained from taking any military action. ASEAN countries always had good relations with China until the South China Sea controversy erupted. As the current state of affairs unfolds with challenges to the global order stemming from an assertive and coercive China doling out soft loans and investments, it has become imperative to address matters of regional security in the context of overlapping territorial conflicts.

There is now an emerging new aspect to territorial sovereignty issues with China wielding its financial clout in countries like Sri Lanka and the Maldives, indicating a predatory approach of debt-trap diplomacy. From South America to Africa and South-Southeast Asia, China has ensnared a large number of countries in its debt and taken over ports and bases at strategic locations to raise its global presence. (https://www.project-syndicate.org/commentary/china-sri-lanka-hambantota-port-debt-by-brahma-chellaney-2017-12)

It is in these matters that India needs to engage the ASEAN countries and provide an alternative to China’s rise by tackling the hard security issues. Under India and Japan’s “Asia-Africa Growth Corridor (AAGC)”, the possibility of an alternative to the BRI is potentially viable.

However, reports suggest that the Japanese government plans to cooperate with China on the BRI. It needs to be ascertained whether Japanese assistance to BRI would part of the AAGC or independent of it.

There have been many pending initiatives from India. A US$ 1 billion line of credit for physical connectivity with ASEAN proposed since 2015 was promised again in December 2017. In 2015, India also looked to explore investment opportunities in CLMV (Cambodia, Laos, Myanmar, Vietnam) countries through a project development fund of Rs 500 crores. The outcome of these initiatives has been unconvincing with several pending projects in the pipeline.

The ASEAN trilateral highway and the Kaladan Multi-Modal transport project are at delayed stages of development and implementation. Meanwhile, China has already caught India off-guard, deploying its massively ambitious infrastructure projects to connect its less developed border regions and neighbouring countries by constructing trans-national rail/road projects and seaports along the East/South China Sea expanding through the Indian Ocean to the East-African coast. India needs to shed its cautious approach anexecute its proposed plans immediately if it still plans to become a regional power.

India has always been proud of its credentials as the world’s largest democracy and can guide ASEAN, especially countries that took the path of democratic reform after the Cold War. This bonhomie of shared prosperity through universal democratic principles has failed to keep pace. 2016 and 2017 witnessed political turmoil due to rising nationalist fervour in various Southeast Asian countries. Even in India, where the election of a BJP government has led to increased suppression and atrocities against minorities like Muslims and Dalits.

Southeast Asia has been no stranger to the global phenomenon of rising authoritarianism. The Philippines elected Rodrigo Duterte, who had openly preached violence to clean the streets of Manila during his election campaign. Myanmar recently witnessed deliberately targeted operations against the Rohingya Muslim population in the Rakhine State. The once celebrated beacon of democracy Daw Aung San Suu Kyi remained silent on the crisis. Indonesia is among the most celebrated examples of democracy in any Muslim-majority country. 2017 witnessed an unexpected turn of events as the Blasphemy Law was enacted to prosecute and jail Basuki Tjahaja Purnama, once a highly popular ethnic-Chinese Christian governor of Jakarta. Mass rallies by hardline Islamist groups, like the Islamic Defenders Front, to protest against the governor showed their growing influence in the world’s largest Muslim-majority nation.

Integration with ASEAN was intended not just commercially, but also to establish a viable civil society. Southeast Asian countries and India must introspect on their secular credentials. Local governments must be made responsible for advocating a culture of tolerance. To savour the economic dividends of strong political and economic relations, there needs to be a conducive atmosphere within the society.

India needs to provide a balance to China and not disappoint ASEAN again, as this may be the last opportunity before the growing internal feud on China’s actions takes over ASEAN’s functioning and severely dents India’s chances. 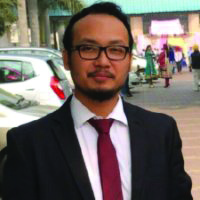 Tunchinmang Langel,
PhD Scholar from the
Centre for Indo-Pacific Studies, Jawaharlal Nehru University, New Delhi.
| Reprinted with permission from southasiamonitor.org, the publication
of the Society for Policy Studies