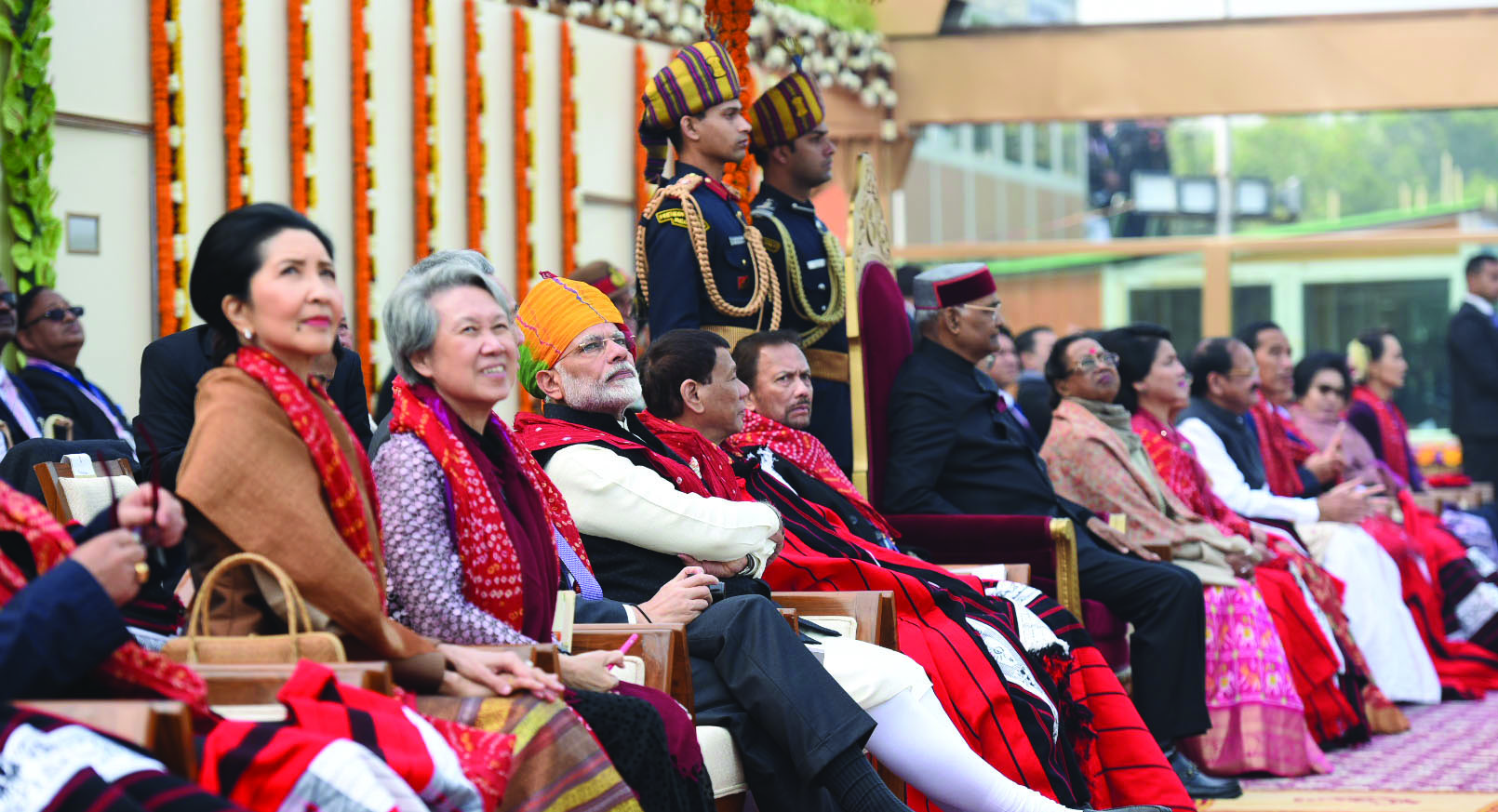 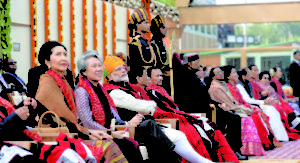 The President, Shri Ram Nath Kovind, the Prime Minister, Shri Narendra Modi and other dignitaries, at Rajpath, on the occasion of the 69th Republic Day Parade 2018, in New Delhi on January 26, 2018.

Laying the cornerstone with its Look East Policy in 1990, India has traversed a long way strengthening its economic and socio-cultural relationship with Association of Southeast Asian Nations (ASEAN) at various milestones. As India commemorates its 25 years of ‘dialogue partnership’ with ASEAN, the country builds conducive investment environment for multiple industries, including digital and creative.

ASEAN and India with combined population of approximately 2 billion (26.6 per cent of global population) and combined Gross Domestic Product (GDP) of USD4.5 trillion (5.9 per cent of global GDP) present immense mutual investment opportunities.01,02 The relationship between ASEAN and India began in 1992 and has grown steadily from sectoral dialogue partnership to summit-level partnership in 2002. At the second ASEAN-India summit held in 2003, ASEAN and India signed an ASEAN-India Framework Agreement on Comprehensive Economic Cooperation that served as a guidance to establish further agreements such as Trade in Goods Agreement, Trade in Services, and Investment Agreement as part of ASEAN-India Free Trade Area (AIFTA). Effective January 2010, the Trade in Goods Agreement came into force, wherein, ASEAN and India agreed to gradually reduce and eliminate duties on more than 90 per cent coverage of products traded between the regions over a period of time. Further in July 2015, ASEAN-India Trade in Services and Investment Agreement was initiated, which includes provisions on transparency, domestic regulations and dispute settlement. The agreement also laid down policies to ensure fair and equitable treatment for investors.

ASEAN is India’s second largest trading partner with a total trade value of USD71.7 billion in 2016–17, which has increased from USD56.2 billion in 2010–11, reflecting a Compound Annual Growth Rate (CAGR) of about 4 per cent.05 After a steep rise in 2011–12 (up 40.4 per cent YoY), the trade value remained stable till 2016–17. Despite buoyant economic sentiment in India, the trade value has remained subdued on account of soft commodity prices. However, this trend is set to reverse owing to rigorous focus of both parties for expanding trade relations in existing areas, as well as exploring opportunities in new sectors. With renewed interest in economic cooperation, the bilateral trade value is expected to reach USD200 billion by 2022.06

While the trade value between the two parties has largely been unchanged, true growth of the partnership is reflected through rapid growth in Foreign Direct Investment (FDI) flow from ASEAN to India.

India, one of the fastest growing economies in the world has emerged as a favoured foreign investment destination owing to various market-led factors such as availability of large talent-pool and huge domestic market. In addition, various flagships initiatives such as:

‘Make in India’, ‘Skill India’ and ‘Digital India’ introduced by the Indian government. These initiatives are directed to enhance India’s competitiveness as an investment destination.

Key initiatives taken under these include:

Driven by these advantages, FDI in India is growing at an unprecedented rate. ASEAN, a key trading partner, also realises these benefits and is therefore investing in India. During 2010–11 to 2016–17, FDI from ASEAN to India grew five folds from USD1.8 billion to USD8.9 billion.07 While most of the growth has come from Singapore (about 98 per cent of the cumulative FDI inflows from ASEAN, during 2011–17),07 other ASEAN members have made significant investment commitments in recent times. In April 2017, major Indian and Malaysian companies in the oil and gas, infrastructure, and engineering sectors signed 31 Memorandum of Understanding (MoUs) to facilitate investment proposals worth USD36 billion in both countries.08 Similarly, other ASEAN members, such as Myanmar, Vietnam and Thailand have signed MoUs in the areas of power and energy, financial services, and Information and Communication Technologies (ICT).

In general, India’s market dynamics complements the business needs of ASEAN. For instance, Singapore’s outward FDIs appears to be focused on growing markets (as observed in financial/retail/construction sectors) or achieving efficiencies in the existing business processes (as observed in the manufacturing sector). India, with its sheer population size, availability of labour and technical capabilities, serves as an appropriate investment destination for Singapore based companies. The similar case is observed in Malaysia, where government-linked programmes encourage local companies to expand operations overseas to gain scale and leverage technological advancements in the destination country. On the contrary, Thailand’s outward FDIs in foreign markets to overcome their domestic challenges.

Driven by the above factors, various companies based in ASEAN plan to set up and expand operations in India. For instance, several Thailand-based companies plan to invest USD772 million in food processing, automobile components, electronic devices, and telecommunications sectors in India.

If looked at the sectoral split, services sector attracts largest FDI inflows from the ASEAN region, followed by software and hardware, and telecommunication sectors. A large market coupled with vast availability of skilled talent has been driving investments into these sectors. In the recent past, the pharmaceutical sector also invited greater focus due to low-cost production, availability of qualified researchers, robust patent regime and liberalised FDI policies.

Government of India has undertaken various initiatives to affirm its relationship with the ASEAN community. In addition to providing support in various areas, such as promoting socio-cultural integration and minimising the development gap between ASEAN member states, India is working on various economic initiatives to strengthen its relationship with ASEAN. Enhancing connectivity (physical as well as digital) can provide an added impetus to growth of trade and investment opportunities between both parties. Key initiatives in this regard include:

Bilateral agreements between ASEAN and India

This extract is from the report, ASEAN-India: Growing together, prepared by KPMG for the  Federation of Indian Chambers of Commerce and Industry. It is  reproduced by arrangement with FICCI and KPMG