India’s Minister of Commerce & Industry and Civil Aviation Suresh Prabhu addressing the Industry Round table organized by USIBC, on June 11, 2018, in Washington, DC. Seen also is India’s Ambassador to the US Navtej Sarna. (Photo: Indian Embassy in Washington, DC.)

NEW YORK – It’s been a bad, veering on a terrible week, on the diplomatic front, for India. The only thing left to make it worse would be a defeat by rookies Afghanistan on the cricket field, in the ongoing Test match in Bengaluru. That improbable scenario would cap the debilitating and frustrating week and month it’s been for India, in Washington, DC, the United Nations, and elsewhere.

Days after President Donald Trump (yet again) accusing, lambasting New Delhi of charging 100% tariff on some US goods and threatening retaliation, at the G-7 summit in Canada – with scant regard for the cautious bonhomie he has forged with Indian Prime Minister Narendra Modi, Commerce & Industry and Civil Aviation Minister Suresh Prabhu found himself at odds in parleys to find solutions to vexatious trade issues with the establishment in Washington.

Prabhu, during his three-day visit to the US, from June 10-12, held discussions with Trade Representative Robert E. Lighthizer, Secretary of Commerce Wilbur L. Ross and Secretary of Agriculture Sonny Perdue. He also had a joint meeting with the India Caucus Co-chairs Senator Mark Robert Warner and Senator John Cornyn.

The official statement released by the Indian Embassy in Washington, DC, tried to soften the blow of not making any headway in talks, by saying, the “meetings were held in a friendly and cordial atmosphere, with appreciation for each other’s points of view,” and “discussions centered around bilateral trade and commercial relations between the two countries and focused on finding the way forward to address concerns of both sides.”

It added: “In this context, it was agreed that Indian and US officials would meet at a senior level at an early date to discuss various issues of interest to both sides and carry forward the discussions in a positive, constructive and result-oriented manner.”

Prabhu pointed out the encouraging growth in trade volumes through purchases of US-made civilian aircrafts by Indian companies and enhanced cooperation in the area of energy, including procurement of petroleum and LNG by India from the US, as well as the significant new market opportunities in India that is yet to be explored.

However, Prabhu didn’t hold back, acknowledged the tough time he had during his visit, with little to cheer about.

“We will now work together to expand (bilateral) trade,” Prabhu told a group of Indian reporters in Washington, DC, according to PTI, admitting that both India and the US have trade and tariff issues with each other.

The new set of talks by officials will commence in a matter of days.

It’s obvious that Prabhu hit a wall in his talks. If India’s top trade minister couldn’t iron out outstanding issues with his counterparts in Washington, a new round of talks by officials of both countries within days of this stalemate will, in all likelihood, end in dismal failure too.
The PTI report added that the Indian Ambassador to the US Navtej Singh Sarna said New Delhi has written to the US on steel and aluminum tariff, asking for relief – another thorny and contentious issue.

The Hindu reported that the price control on medical devices imposed by the Indian government and requirement of data localization announced by the Reserve Bank of India remained intractable questions, according to sources familiar with Prabhu’s talks with Lighthizer, Ross and Perdue. American interlocutors also did not appreciate India’s move to take the question of US steel tariff to the World Trade Organization, it said.

The report said American medical device manufactures worry that if the Indian model of price control is allowed to stand, other developing countries may soon follow suit. Prabhu offered to engage the companies on their concerns, but this promise did little to resolve the tensions, according to a source, Hindu reported.

On the data localization requirement for financial services companies, an American business leader said if the US were to impose such a requirement with regard to American consumers, the backbone of Indian BPO sector would be broken.

In the Trumpian era, where an eye for an eye has assumed diplomatic norm, the devastating outcome from such a scenario is a worrying one indeed to contemplate, for India.

On the heels of Prabhu’s dismal visit, came a shocker of a report from the United Nations, this week, which has exposed India to demand for international probes into alleged human rights violations in Kashmir. It’s given an elated Pakistan upper hand in attacking India at international forums. Pakistan lost no time in asking for a probe in Kashmir.

The report by the Office of the High Commissioner of Human Rights – the first of its kind – “called on Indian security forces to exercise maximum restraint, and strictly abide by international standards governing the use of force when dealing with future protests, including ones that could well occur this coming weekend,” adding, “it is essential the Indian authorities take immediate and effective steps to avoid a repetition of the numerous examples of excessive use of force by security forces in Kashmir.”

Reports in Indian newspapers said India got a rude shock, were caught off-guard by the partisan report, which is light in its criticism of Pakistan.

India’s Ministry of External Affairs described the report as “fallacious, tendentious and motivated”, said it was violating Indian sovereignty and “a selective compilation of largely unverified information … overtly prejudiced and seeks to build a false narrative.”

In the recent past, India had relentlessly slammed Pakistan at the UN. This report, however, creates a new international headache, of having to explain, defend military action in Kashmir, to countries who, unwittingly or not, demand a probe. Such countries may try to leverage diplomatic and economic concessions from India, in either asking for a probe, or not to.

American historian Stephen Kotkin, a professor in history and international affairs at Princeton University and a fellow at Stanford University’s Hoover Institution, writing in Foreign Affairs this week, points out that conflicts and dynamics between leading nations is inevitable. He doesn’t talk of India, but focuses his attention to dynamics between US and China.

“Great-power politics will drive events, and international rivalries will be decided by the relative capacities of the competitors—their material and human capital and their ability to govern themselves and their foreign affairs effectively,” he writes, adding, “…the course of the coming century will largely be determined by how China and the United States manage their power resources and their relationship.”

India’s job is cut out for them: it’s not just the US they have to deal with. They have to be on their guard against the rest of the world too. 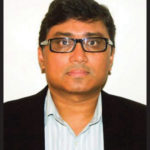