JAIPUR, India – India’s prime minister is planning a medicinal revolution – and it starts with ancient wisdom.

“All over the world, a parallel movement is going on for traditional medicine,” said Vaidya Rajesh Kotecha, secretary of Modi’s recently launched Ministry of AYUSH, an acronym that stands for ayurveda, yoga, unani, siddha and homeopathy, all traditional medicines. “India should lead. Not just to earn money, but also because it is our responsibility toward the world.”

But Ayurveda’s efficacy is disputed. Modi’s critics associate the Ayurveda push with his Bharatiya Janata Party’s Hindu nationalist ideology. Many of Ayurveda’s most prominent supporters have links with the Rashtriya Swayamsevak Sangh, a Hindu supremacist organization. Some proponents of Ayurveda even extol the virtues of drinking cow urine as an antidote to cancer and other illnesses, because of a belief in the cow as a holy animal.

To relaunch “Brand Ayurveda,” government agencies have filed dozens of international patents, started research programs at top Indian universities and sent experts to develop Ayurveda courses at colleges around the world. Delegates in 25 countries have set up “information cells” to spread awareness about traditional Indian knowledge.

In rural India, an agricultural effort accompanies the Ayurveda push. Officials are running educational programs and providing seeds, saplings and subsidies to farmers to meet the government’s target of increasing the cultivation of medicinal plants threefold, to cover 300,000 acres of land. Plants that farmers once considered weeds are being revived to cater to new demand for their medicinal properties.

In the desert state of Rajasthan, for instance, where water-guzzling crops often fail in the harsh climate, farmers are planting aloe vera and Indian gooseberries to replace wheat and millet.

“We have to boost Rajasthan’s farmers to survive in this environment. Take the Chinese – every material of theirs is reaching every market,” said Kailash Sharma, medical officer at the state’s AYUSH department, speaking of China’s traditional medicine.

Reviving Ayurveda is one of Modi’s flagship policies and part of his rhetoric of restoring India’s past glory to achieve prosperity in the future. He often appears on stage with prominent yoga gurus such as the belly-flexing Baba Ramdev, who has built an empire of Ayurvedic products.

Modi argues that since colonial times, the West has promoted modern medicine and big pharmaceutical companies’ interests over traditional alternatives. As a result, he says, Indians neglected their heritage while Western companies mined Ayurvedic traditions for miracle cures, filed patents and sold products without crediting India.

“Our grandmothers’ remedies have become the intellectual property rights of other countries,” Modi said, addressing an audience in New Delhi on Ayurveda Day in October.

Reclaiming and promoting Ayurveda has practical benefits, too, said Rajiv Vasudevan, a chairman of the Ayurveda core group at the Confederation of Indian Industry. Promoting Indian expertise could bring foreign cash and has “soft-diplomacy” benefits, he said, explaining that it would introduce people all over the world to Indian traditions.

“We are a proud nation, we have a rich history, and we have something to share with the world,” he said.

To Indians, the government is promoting Ayurveda as a solution to the country’s health-care crisis.

In January, lawmakers tried to pass a new bill in Parliament that would allow practitioners of Ayurveda, homeopathy and other alternative health-care systems to prescribe modern medicine after completing a three-month course. The plan addressed the chronic shortage of doctors in rural India, lawmakers argued, but the Indian Medical Association held protests to stop the bill.

“Suppose you have a shortage of pilots. Would you allow a rickshaw driver to fly the plane?” said Arun Gupta, president of the Delhi Medical Council and a member of the rival Aam Aadmi Party. The bill is under review.

But critics say that standardization for Ayurveda is still lacking. “We haven’t got around to certifying things as being human consumable,” said Sudhir Krishnaswamy, who teaches politics and law at the Azim Premji university in Bangalore. “Periodically we get these issues, like suddenly they’ll say this has too much lead or this has traces of human hair. It’s a totally unregulated trade.”

Critics also argue that some of the “traditional” practices the government is promoting aren’t Indian at all. Unani and homeopathy – both promoted by Modi’s AYUSH ministry – originate in Greece and Germany, respectively, and many countries have competing claims on the discovery of aloe vera’s medicinal properties. 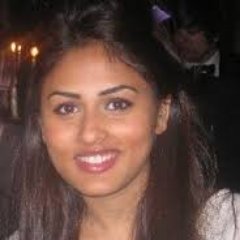