‘India can be example to world in eliminating TB’ 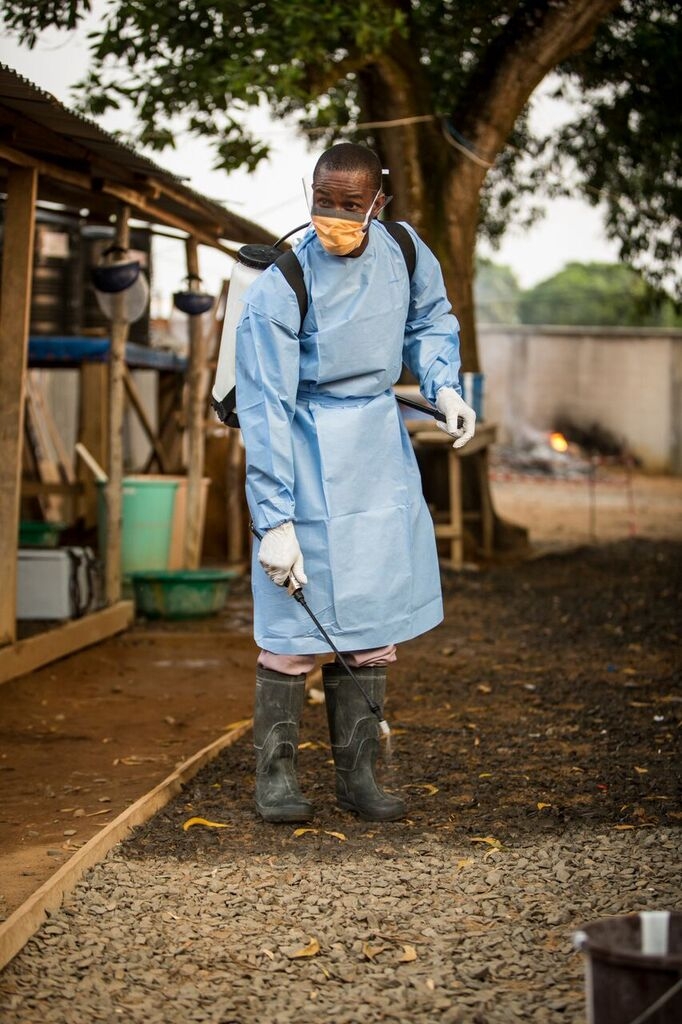 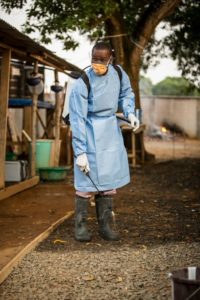 Stills from the film ‘[Unseen Enemy’

NEW DELHI – Emmy Award-winning filmmaker Janet Tobias says she admires the fact that India is striving to eliminate tuberculosis (TB) by 2025 — well before the global target date of 2030. She feels that India can not only eliminate the infectious disease, but it can be an example to the world on how to do it.

“Given what India accomplished with smallpox and polio eradication, I think India can not only eliminate TB, but it can be an example to the world on how to do it,” said the director of “Unseen Enemy”, which highlights the threat of pandemics, with a focus on the threat of Ebola, Zika and Influenza.

“We have made incredible strides in the last 100 years in the health of the global population and we need to celebrate that. We need to remember what we have accomplished — including successes like smallpox eradication in India,” Tobias told IANS in an email interview when asked about the need for a World Health Day (April 7).

“Then we need to look around us and take on the health challenges of today,” she added.
How would she define the “unseen enemy” in her documentary, which is supported by Johnson & Johnson and aired last week in India on NDTV.

“The unseen enemy in this case is a virus you can’t see. Dr. Soka Moses in the film describes growing up during the civil war in Liberia, and he said there were enemies all around them, but you knew to run away from them, you knew where the bullets were coming from, but with Ebola you can’t see it, and didn’t know where the virus is.

“That makes the whole world around you scary, every person around you is potentially dangerous because you don’t know if they are carrying a dangerous virus.”

While people spend a lot of money “tackling crime and terrorism” the world over, “we need to invest in being prepared for epidemics because if we don’t, the loss of income, the effect on businesses in a country, can be catastrophic. Prevention is so much cheaper than dealing with a medical crisis after the fact”, she said. 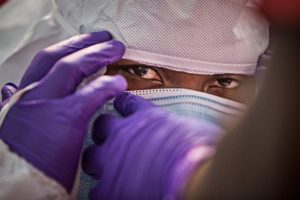 Stills from the film ‘[Unseen Enemy’

“In 2013 (before the west African Ebola epidemic, and the Zika epidemic) friends on a forum of the Institute of Medicine, now the US National Academy of Medicine, pushed me to do a film about a major health issue,” said the director of “No Place On Earth”.

“After thinking a bit, my team and I decided to look into whether the many pressures of the 21st century: Population growth, urbanisation, travel and environmental change, made it more likely that outbreaks would become epidemics.

“So we set out to answer that question and that became our film ‘Unseen Enemy’. We had no idea that during the course of making our film, there would be two major global epidemics: Ebola and Zika. It turned out that we had a very topical documentary.”

While making the film, she learned that there are “incredible frontline healthcare workers everywhere who are heroes”.

“In Africa, Asia, South America, Europe and North America: Nurses, doctors, public health workers, who will literally risk their life to save other people. I came away from this project terribly inspired. Dr Moses, the youngest doctor to run an Ebola treatment unit in Liberia — only two years after graduating from medical school — has become one of my personal heroes,” said Tobias.

She feels that we are all connected, so what we do effects all those around us. “It is important to practice good hygiene, washing your hands really does make a difference. If you are sick, you should not go to work or school.

“It is important to educate yourself, to find out what vaccines you need and then to get them, to use antibiotics only when you need them and then to take the full prescribed course, and finally each of us should find a healthcare provider: A nurse, doctor or community healthcare work, we can go to for treatment and reliable information,” she said.

“If… we put our hearts and minds towards this challenge, I think we can eliminate pandemics and stop epidemics. I think we have the power to use our connection for good, and we must do that, because if we don’t, that connection will turn on us.

“I remain an optimist. I am going to bet on the goodness and true heroism I saw out there in the world, and the amazing technological and scientific advances of this century.”