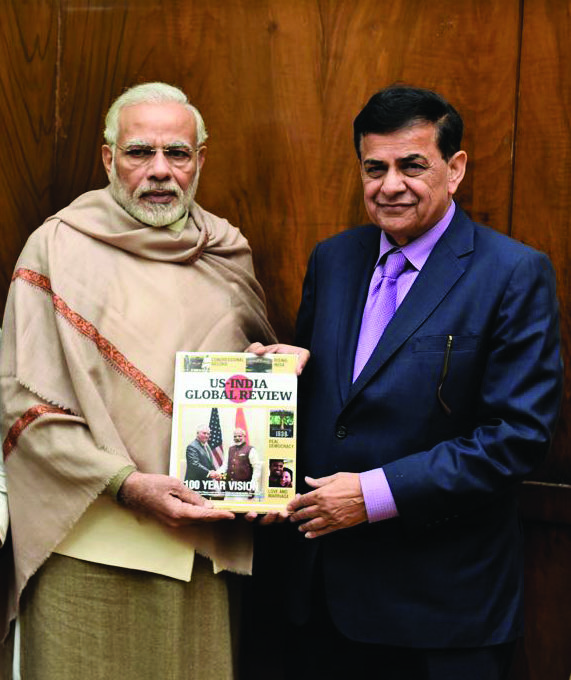 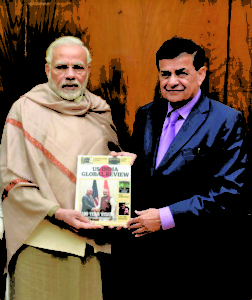 The U.S.-based think tank, Parikh Foundation For India’s Global Development, launched with the goal of empowering India’s development as a global power, is gaining momentum.

Founder and Chairman Dr. Sudhir Parikh, recipient of India’s Padma Shri award, established the think tank last year with a view to developing it as a vehicle for dialogue among policymakers, and thought leaders, with input from all stakeholders on issues ranging from defense strategy and commercial interests to civil society, culture, arts, religion, and the contributions of Indian-Americans and Indians around the globe.

This think tank, which plans to hold seminars and conferences in the U.S. and India as forums for developing innovative ideas, also seeks to be a venue for exploring new aspects of India and U.S. bilateral and multilateral relations in the 21st century and how they can benefit the world beyond their borders.

“Indian-Americans are playing an important role across the U.S., from technology and medicine, academia and business, to politics and government,” Parikh said. “The time has come to mobilize their intellectual energy and creativity for promoting India-U.S. relations and take it to the next level of becoming a global force for good. The Foundation wants to be a catalyst for this,” he emphasized, especially in light of the marked deepening of relations evident in Secretary of State Rex Tillerson’s “100 Year Vision” of India’s global role, that he delivered at the Center for Strategic and International Studies Oct. 18, on the eve of his first visit to India as Secretary of State.

Tillerson unveiled a centennial roadmap marking a “profound transformation” in U.S.-India cooperation “in defense of a rules-based order” one where New Delhi would be “fully embracing its potential as a leading player in the international security arena.” The United States and India are “increasingly global partners with growing strategic convergence,” Tillerson said, asserting that, “Our nations are two bookends of stability – on either side of the globe – standing for greater security and prosperity for our citizens and people around the world.” 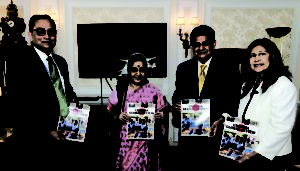 “President (Donald) Trump and Prime  Minister  (Narendra) Modi are committed, more than any other leaders before them, to building an ambitious partnership that benefits not only our two great democracies, but other sovereign nations working toward greater peace and stability,” Tillerson said.

Not taking advantage of this propitious environment would be to let a golden opportunity get by, Parikh said, adding he felt duty-bound to establish the think tank and initiate a dialogue through future seminars and conference, but also through the flagship magazine, U.S.-India Global Review, two issues of which are already published. They feature leading intellectuals on bilateral relations between the U.S. and India, as well as in-depth pieces on the economic development of India over the decades.

With an Indian-American citizenry that has gained a seat at the national table, the magazine also ran an exclusive from four U.S. lawmakers on Capitol Hill, dwelling on their accomplishments and vision of the future. Projecting India’s soft power, the journal has also included articles on culture and cuisine.

The next issue of the magazine slated to be out in February, will focus on ASEAN and India’s 25-year relationship that is gaining new momentum with Prime Minister Narendra Modi’s Act East policy. Several leaders from ASEAN countries are invited guests at India’s Republic Day, symbolizing the growing closeness and commonality of interests in the Indian and Pacific Ocean regions. Catalyzing that relationship is critical to India and U.S. interests, and as such, the magazine plans to carry the analyses and understanding of experts on the subject.